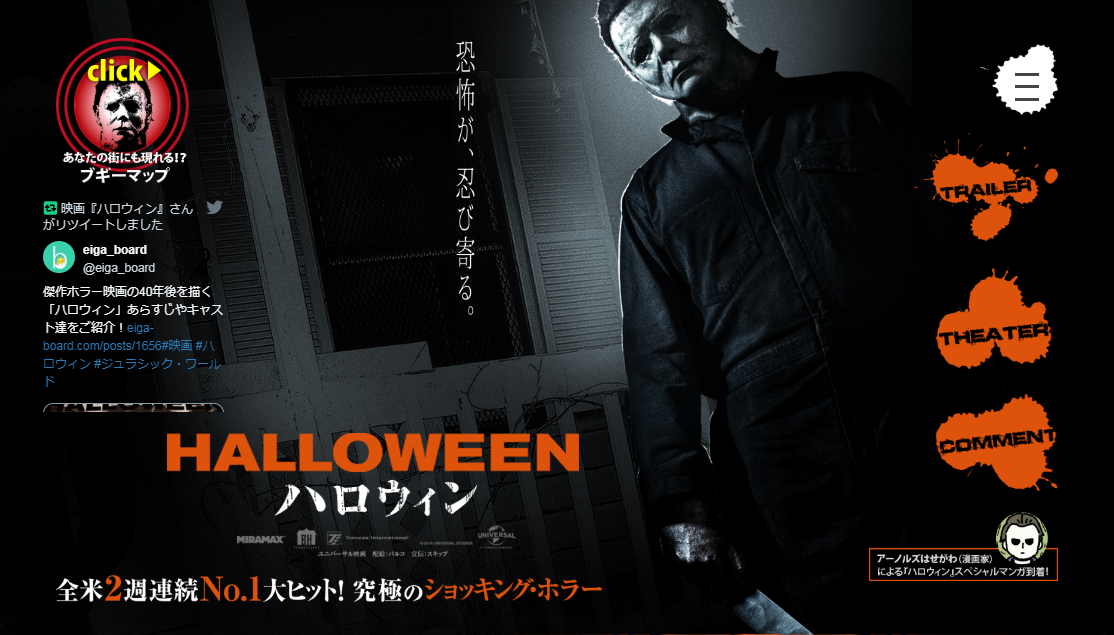 I have seen the movie “Halloween”. I do not see past work, so I do not know the evaluation of that area, but it may have been done very well as a horror thing. The confrontation scene of the feeling of how to confront Michael with overwhelming power was my favorite and was interesting.

As for me, “Halloween” is a recognition that it is a killer that appears in the game “Dead by Daylight” (DbD). It’s a shape, Michael’s brother stands silently behind, stares at the back of the tree, or shatters with a blow. Originally it would be collaboration from movie → game, but to me I saw in the order of game → movie, “The game’s Michael brother appeared in the movie” “It is faithfully reproduced in the behavior of the game” “Game It is a reversed impression that the music is playing. (I’m sorry for those involved in the film).

(Possibly) In the past work, a beautiful blonde beauty, Laurie, who is the victim, who escaped from the past, is probably the most attractive part of this work that comes in front of the powerful power of grandmother. I think the illustration below Twitter is very good. Michael brother who is being done is cute.