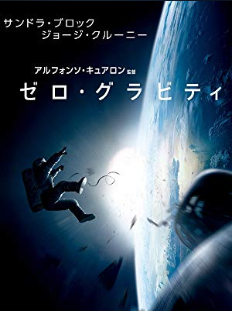 Watch movies that are not Amazon Prime benefits for the first time in a while. I saw it because I could borrow it at the library. I heard the name and reputation in the 2013 announcement, but in recent libraries such works are also being loaned. The library is amazing.

It is the contents of the movie that the hero and his friends have an accident while working in space, and the spacecraft can not be used, somehow trying to return to the earth. I think that some development is convenient, but there is no narrative such as mystery solution or fantasy. The universe has become a movie that is just harsh and dramatic. What I saw and felt ugly was that the depiction was being expressed realistically. How did you shoot the space swimming scene? It may be CG, but the inertia was expressed as if it was shot under zero gravity.

The second point is whether it corresponds to the so-called “cold equation”, but is the amount of oxygen and fuel remaining? It looks and makes me harahara. We know that it is ultimately helpful because it is entertainment, but it is more fun to forget and watch.

Other than that, this is also a realistic expression, but I think that relative velocity was well described and well done. If you want to move to another spacecraft but can not afford to slow down enough, you can only cling well, and because there is a speed difference there is a difference in speed so it is not easy to cling or return once it is highlight is not it. In this respect, it is also a realistic thing that the character does not provide easy relief (light spoiler).

So I think it’s a good movie where you can see the elements being expressed in real and ugly, and the harshness you’re making to justify it and make it interesting. Recommended.