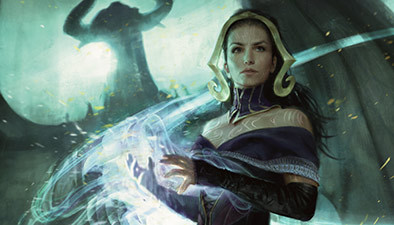 書籍版：War of the Spark: Ravnica (Magic: The Gathering)

Amonket Four of the eternal gods (White: Okechira, Blue: Kehuneto, Black: Bantu, Green: Ronas) are the only ones put into Ravnica, then what happened to the Red God? The story.

Of the five gods in the Amonket-dimensional story, four other than Hazoreto are being deceived by the god of the wolf under the bolus, and as a result, they are subordinate to the bolus as zombies and gods and are put into the lavnica. Hazoreto defeated the god of moths and headed to the desert hideout as the only god protecting the survivors left in Amonket (Story: The Time of Ruin EPISODE 08).

Then, the red cardified by the Great War: What is the meaning of the hail god, Iruhag? This is a God of Ravnica that has absolutely nothing to do with Amonket’s eternal God, and it seems that it was believed that its appearance was the first sign of the apocalypse. I was misunderstood that there is a relationship because there is a god in each of the five colors as a card, but if you look closely, the name is not “Eternal God” only in Ilhug, and the creature type is not changed to “zombie, god” Hm.