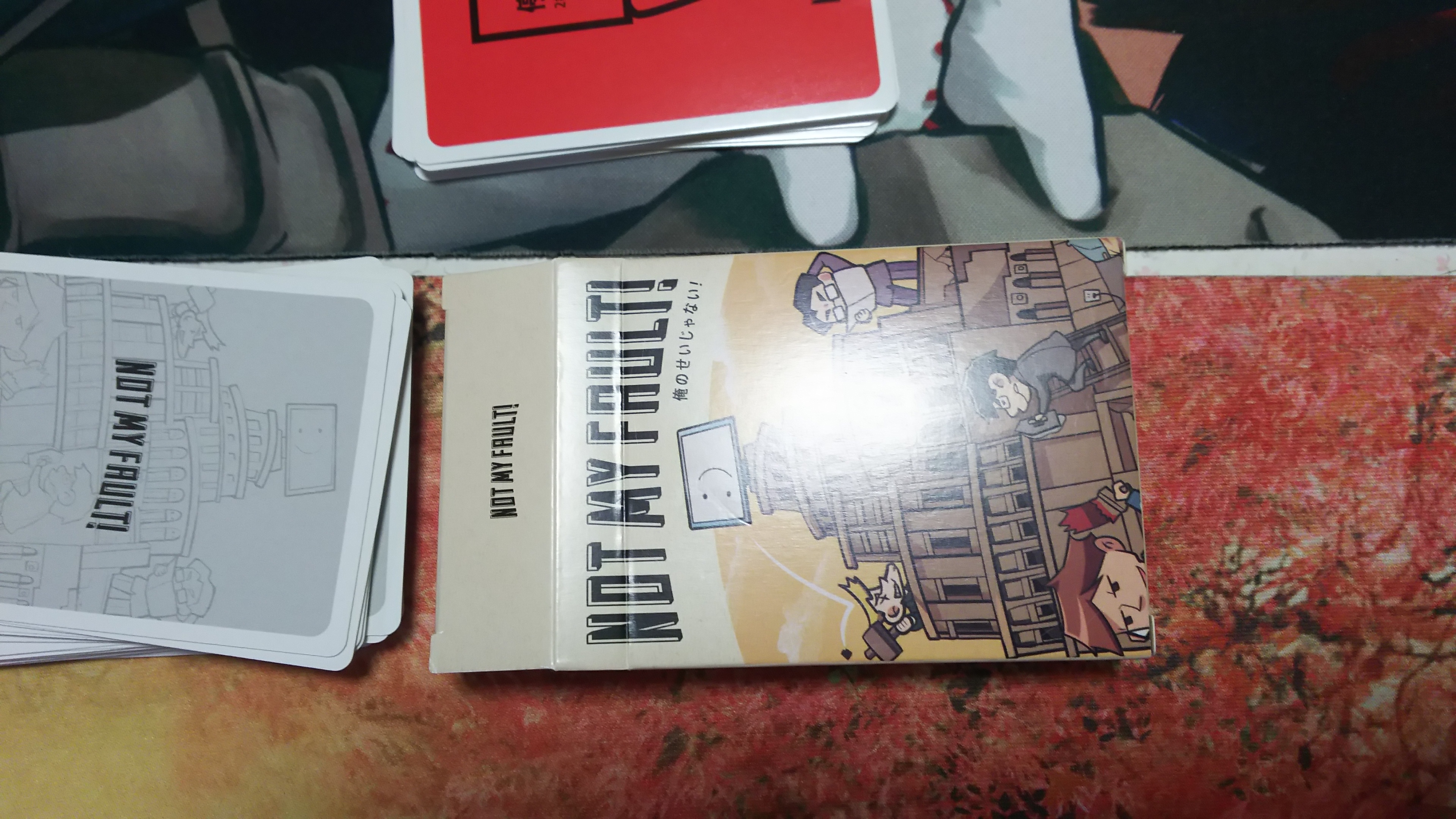 We introduced the game of the title “Not My Fault! I apologize for the bad photo.

ルール説明（文字で説明は難しい） ／ Rule explanation (it is difficult to explain by letter)

The point of this game is that you can report “a lie” because “card stays down”. The progress of the project will be accumulated, but if you think that the actual number on the card is smaller than the reported progress, you can check the progress report of the person in front by carrying out “audit” can. If “Audit” succeeds (progress behind report), give the former person a red card, if “Audit” failure (progress over report) you receive a red card. Regardless of the success or failure of the “audit”, the game will start from 0 progress. You lose two red cards.

There is a limit to progress reports, and reports can be made only once per person, except for the numbers in the black squares on the Milestone Card. If the card you drew is a small number, you have to report the street as a “milestone card” even if you say “a lie”.

The rules were easy to get started, and I was able to quickly understand if I did some test play. In addition, since there is almost no advantage or disadvantage due to play skills between experienced users and beginners, everyone seemed to be able to play easily.

We played with the first play 5 people, but soon we got into it and several hours have passed in no time. I think that it was also interesting as a game for observing, talking and trying to see a lie from the expressions and remarks of the people before and after the turn.

Card you drew Previous person: 1 Self: Progress report when 5 Previous person: 5 (Report of a lie) Self: If the card is “Audited” at 5 (total 10), the audit is red so it is an audit success It becomes a card. The point is that the game is connected to the sociability of a society where you are treated as a lie while you are not lying. You need to attack in order to win. 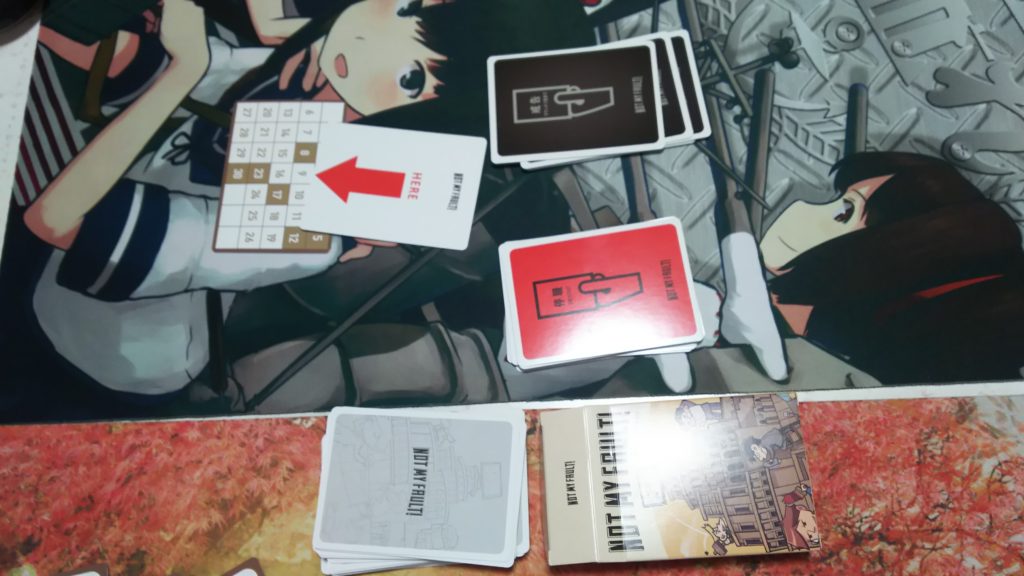 tag NOT MY FAULT! 〜俺のせいじゃない！〜